A discussion board for Business Rules! programming.
http://brforum.brulescorp.com/

by Gabriel
There's a new version of ScreenIO available for download from the Sage AX Website. Be sure to update to take advantage of the latest features!

Version 2.50 adds 2 notable features:
ScreenIO now closes the ScreenIO and ScreenFld data files after reading them, so that the files don't remain locked by Business Rules. This enables you to install updates to your customers systems without first requiring everyone to log out. Be aware, however, that upgrading ScreenIO screens while people are using them, even though its now possible to do so, could cause unexpected results. You might still want to ask them to log off anyway.

The Listview Prepopulate and Listview Postpopulate functions have been usurped by two new functions that sit directly alongside your listview filter function, in the same .brs file. These functions always work together, and its easier to work on them that way. It's where they should have been all along.

When generating a new listview Filter function, ScreenIO will automatically make the new Filter Init_ and Final_ functions for you. All you have to do is put the code in them. 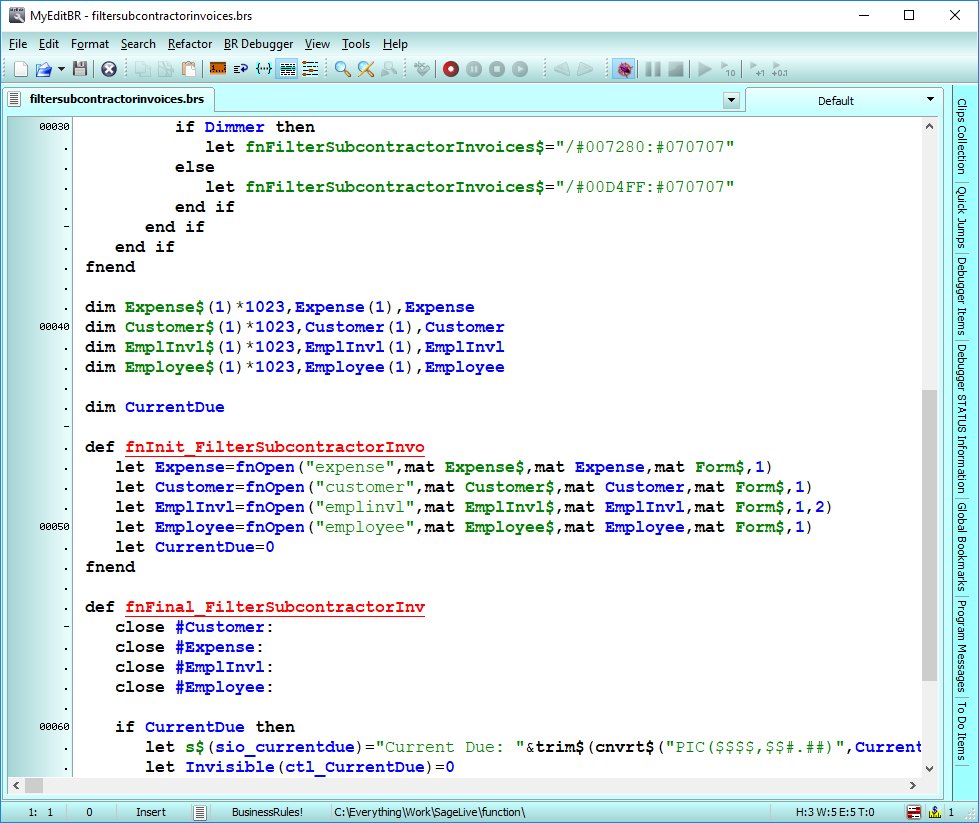 If you follow the same naming convention, you can make them yourself in your preexisting filter functions. (Just add Init_ and Final_ to the beginning of whatever your filter function is named, and drop the $ (if any). Don't forget to cut it at exactly 30 characters, due to the BR function name length limitation.

by Gabriel
Release 2.51 is now available, with a minor bug fix to the new feature added in Release 2.50.

As always, the latest ScreenIO can be downloaded at any time at: